‘Coming Here Has Been a Very Good Opportunity for Me’

HSE Preparatory Year students not only learn Russian and get ready to enroll in Bachelor’s or Master’s programmes but also explore Russian culture and way of life, which includes trying the local cuisine, sightseeing, and interacting with Russian people. Three international Prep Year students have talked to HSE News Service about learning the language, getting used to living in Moscow, and joining in New Year celebrations in Russia. 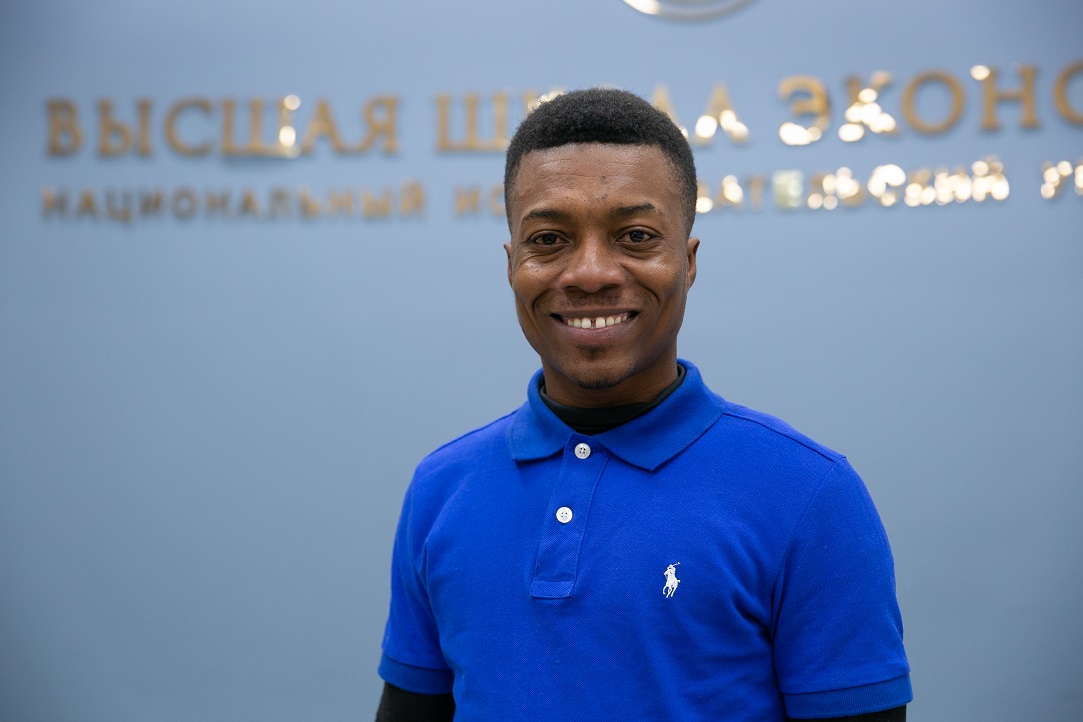 I never actually thought of going to Russia but when I finished my national service year, which we all have to do in Ghana after getting a Bachelor’s degree, I was talking with my friends about where to study next and somebody mentioned Russia. I first thought ‘Why Russia?’ but my friend who had been to Russia on an AISEC exchange programme told me about her wonderful time here and it got my interest. In my country, people tend to go to the US or UK because we speak English, but I started checking Russia and looked at some scholarship opportunities and really began considering going to Russia. When I told my folks that I’m really going to study in Russia, they were greatly surprised.

Russian is a difficult language but I study a lot because it is very interesting.  For me, learning the vocabulary is most difficult. The good thing is that at my dormitory there are mostly exchange students who have already studied Russian for some time so I try to speak Russian with them – this gives me extra practice. I also have a very good teacher at the Prep Year programme. I had to miss classes for three weeks because I was sick and she spent time with me after classes helping me to catch up. It was not easy but I can now speak Russian a bit, which is great.

In the beginning, I had to use a translator app when I went shopping but now I can speak some Russian, so I manage without the app. Russian language is like mathematics - if you pay attention, you get it.

I plan to do a Master's programme in Public Policy here after I finish the preparatory programme, so I’ll be staying in Russia for about 3 years. I think by the end of that time I’ll be speaking much better Russian! My Master’s programme will be in English but I decided to spend some time learning Russian because it is a good idea to learn another international language besides English. It will be useful for my future career because few people in Ghana speak Russian.

So, I’m learning a lot and I’m also learning to be independent because this is my first study abroad experience. It’s a challenging experience but very interesting and useful. Overall, I’m having a great time. As for the food, I mostly stick to potatoes and rice because that is closer to what I am used to but I also absolutely love ‘pelmeni’ (meat dumplings). I eat them with sour cream (‘smetana’) – very tasty! I tried borsch one time – it was very nice. And I liked ‘grechka’ (buckwheat) that my roommate cooked with beef. ‘Plov’ (pilaf) is also very tasty – I always get it when I go to the HSE cafeteria.

I was in Moscow for the New Year and it was truly beyond my expectations. I never thought Russians celebrated New Year like this. The fireworks and the decorations were mind-blowing. Even though the weather was cold, there were lots of people outside enjoying themselves. Some were dressed as Grandfather Frost and his granddaughter, ‘Snegurochka’ (Snow Maiden). People were congratulating each other and everyone was very excited. I went to the Red Square and I went to a church. I took a lot of pictures and I greatly enjoyed myself. You can’t but notice that New Year is a very big thing in Russia.  I didn’t miss home one bit! 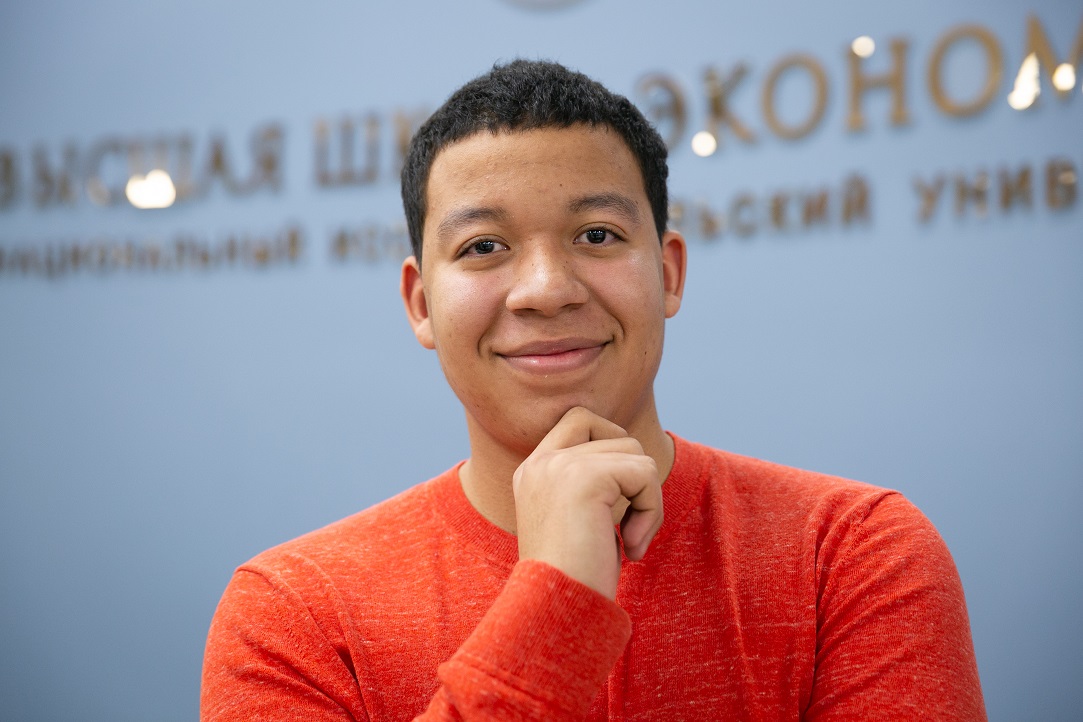 Here in Moscow I study Russian language at the HSE Preparatory Year, and I also study music at Shkola Roka academy (Rock School Academy). I love music and I would like to be a great musician. I feel it is not easy for musicians to get known in countries like Venezuela or Colombia and to become famous. So, I went to Canada where I met a Russian girl who recommended me to go study in Russia.

I was looking on the internet for a programme in Russia and found HSE’s Preparatory Year. After reading about it, I thought that it would be a very good choice because it will enable me to speak two foreign languages – English and Russian (and Russian is not that popular in Colombia). Besides, life here is quite cheap, especially compared to my country, or the United States, or Canada.

In Colombia we have stereotypes of Russians. You think you are going to find drunk people everywhere. But it's nothing like that. What’s more, I was thinking that maybe the lessons were going to be very strict and probably also boring. But actually, my teacher is very good. He knows how to have a good lesson. Now I think Russia is a very good country and I like it. I live very near to Gorky Park and I have also been to VDNH, another huge park. I also went to some museums. I've been in Arbat street [pedestrian area in the centre of Moscow]. I love the street musicians there.

For the winter holidays I went to Chelyabinsk, in the Urals. It was interesting to celebrate the New Year in Russia. In Colombia, Christmas is a bigger holiday, whereas in Russia the New Year is. We went to karaoke and I was singing there the whole night – till 4 or 5 in the morning.

During my holiday in Chelyabinsk I tried skiing and also sledding – it was great fun. This is the first time I have seen the snow. I love cold weather because in my home city it is usually very hot – between 35 and 40 degrees

We also went to the mountains in Zlatoust, near Chelyabinsk. It was very cold there but very nice. The trip was a good opportunity to practice Russian, because people there don't know any English. I saw that I understand a lot although it was difficult sometimes.

I now have a basic level of Russian. I try to go to the cinema every week and I think I start to understand the spoken language better. It is challenging because of the grammar. But I can speak and have a conversation. Reading is my best side, it's not so difficult. I did prepare before starting the programme: I learned the alphabet and some main words, such as ‘priviet’ and ‘zdrastvuite’ (Hi, Hello). I am sure that coming to Russia here has been a very good opportunity for me. 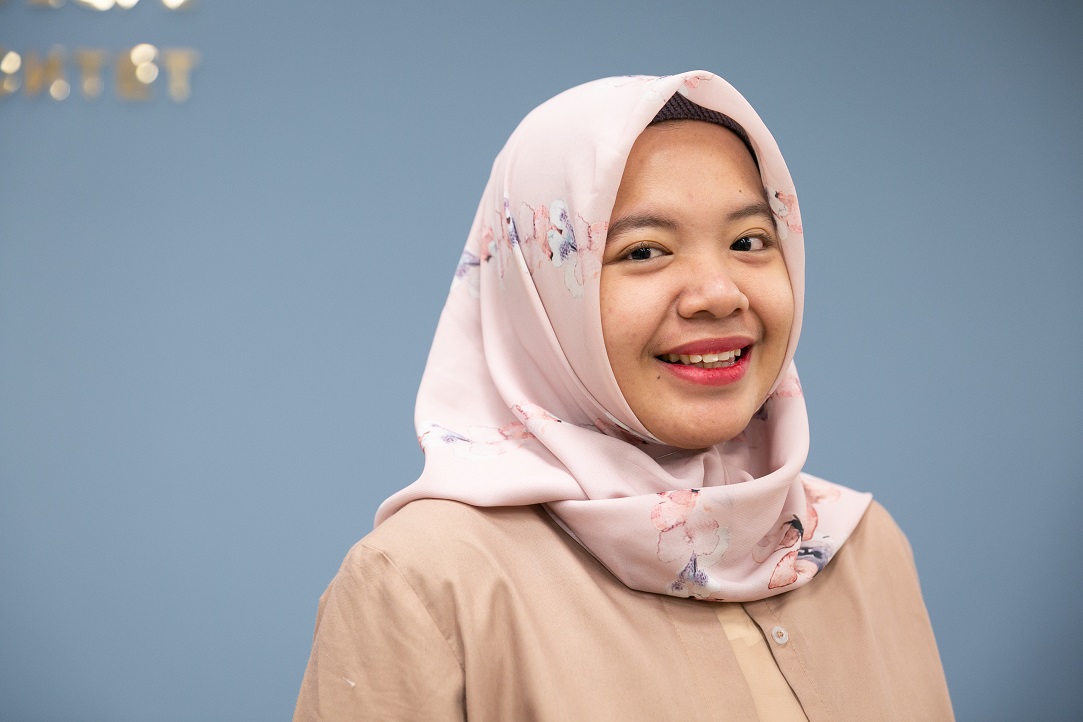 After the Preparatory Year, I’m going to enroll in Public Law Master's programme. It is taught both in Russian and English and focuses on international law. I chose this programme because I love to analyse the policy and laws. Besides, I think it is a good idea to learn about the experience of other countries.

When I told my friends I was going to study in Russia they were really surprised. They said that it is co cold here. And it is, of course. They also said that the people are very cold and unsmiling. But that is so not true. It is quite different. My friends in the dormitory are Russian and they are very kind-hearted and warm. I often post on Instagram to show what Russia and Russians are like.

Moscow is absolutely amazing – there is so much culture here. Even the metro is like a museum (although it can be quite crowded in the rush hour).

I have already been to the Tretyakov Gallery, which I liked very much. I have also gone to Tsaritsyno twice. It is such a beautiful place! Generally, Moscow has a lot of beautiful places. The New Year fireworks in the centre of Moscow were amazing. And I love ice cream in GUM (Central Shopping Mall in the Red Square)!

At HSE, we have very good Russian language classes – 6 hours a day. The teacher is great, so the classes are very interactive, fun and highly productive. My roommates speak Russian so I learn from them too. Russian people speak really fast so you have to listen very carefully in order to understand what they are saying. I also try to watch Russian movies and series to learn the language and the culture. Russia is a unique country and I really love it!