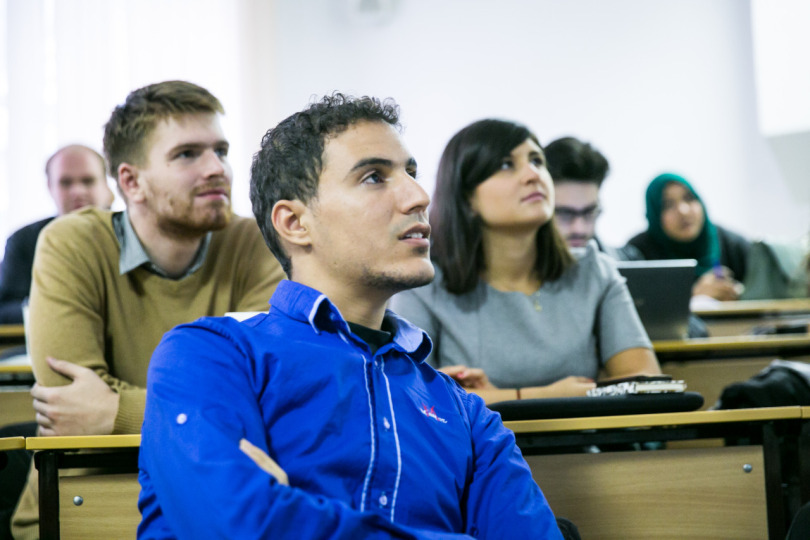 Every year, Muslims around the world celebrate Eid Al Adha, or Kurban Bayram as it is called by non-Arab Muslims in Russia and Turkey. Known as the “Feast of the Sacrifice,” the holiday honors the Prophet Ibrahim’s devotion to Allah through his willingness to sacrifice his son Ismail. As part of the celebration, a sheep is slaughtered, and then the meat is given to the poor and shared among family. This year, I celebrated Kurban Bayram in Moscow and discovered what it’s like to observe a Muslim holiday in Russia’s capital.

The traditions of Eid Al Adha call for collective prayer before the ritual sleep sacrifice. I got up early in the morning and dressed in my finest Moroccan outfit, a long, loose-fitting, golden white robe called a djellaba, with traditional yellow slippers. Before leaving, I was worried how Muscovites might react to my strange clothes. I realized this would be a good experiment to see how Russians regard Arab-like or Muslim people wearing traditional clothes in public. I confidently walked to the metro and was surprised that most passersby didn’t pay any attention to me. Some stared at me, but perhaps they were impressed by my robe.

As I approached the newly reconstructed Grand Mosque on Prospekt Mira, I met a crowd of other Muslims who were on their way to attend the prayer and the speech that would be delivered by the imam (leader of worship). I was amazed by the immense number of people quickly walking in the same direction. I noticed several people wearing outfits similar to mine, and others in Islamic hats. These people were not Arabs in Moscow, but Muslims from Tajikistan, Kyrgyzstan and Kazakhstan, as well as Tatarstan and the Caucasus. This amalgam of ethnic groups living together with Russians who have different religious beliefs was fascinating to me and made me want to explore more.

Around the mosque, I noticed Russian security managing the crowd of worshipers. Those who couldn’t get inside the mosque spread out small prayer rugs on the street. As soon as the prayer finished, Muslim Muscovites exchanged good wishes and shook hands. Now for the sheep sacrifice ritual in Khimki forest, in the outskirts of Moscow.

As a foreigner in Moscow, celebrating big holidays can be challenging, since I can’t spend them with my family and friends like I usually do. Nevertheless, I’m grateful for my “new” family of Muslim and non-Muslim friends, with whom I not only shared the joy of the Eid, but also shashlik, Russian barbecue. Russians know how to cook shashlik over coals very well, even if the lamb lacks enough spices for my tastes. The feast was so marvelous that I felt as if I had been celebrating at home.

Experiencing Eid Al Adha in Russia taught me several valuable lessons, about co-existence, tolerance and the culture of mutual respect among culturally and spiritually diverse ethnicities. Having lived in Moscow for a year, I consider the city to be an example of all this. Despite differences that may come up at times, shared mutual values are what enable the whole society to progress peacefully.

Read more by Hamid and other international HSE students at ReadSquare.